This is a repost of GBH’s recent press coverage on Stray Ferret.

After months spent in various lockdowns, I was determined to find a club for my eight-year-old son that would allow him to meet other kids and help him to rebuild some confidence.

Like the majority of parents in the pandemic, the struggle to juggle work, homeschooling and a toddler was real.

Inevitably screen time went up while we attempted to work from home.

So when gyms and clubs were allowed to re-open again, I wanted my son to channel his energy into a sport or martial art.

And there was one club in particular that caught my eye when I was scrolling Instagram one evening.

Under the leadership of Lewis Matthews and his team of coaches, Gracie Barra Harrogate had been teaching Brazilian Jiu-Jitsu (BJJ) classes over Zoom during the lockdown.

Once restrictions had eased, a full timetable of children’s sessions was launched at the newly-refurbished school at Hornbeam Park.

The popularity of BJJ has soared in recent years. With many high-profile personalities preaching its benefits. As well as building fitness levels, the martial art allows children to experience and understand core values like focus, discipline, persistence, co-operation and respect.

The academy is part of the global martial arts organisation, Gracie Barra, and forms part of a network of schools across the world offering the highest standard of BJJ instruction.

The structured curriculum is age and skill level appropriate, with children ranging from four-years-old to 15, before moving into adult programmes. It is aimed at teaching kids practical self defence skills that will give them confidence moving through life, as well as introducing them to an exciting and challenging new sport. 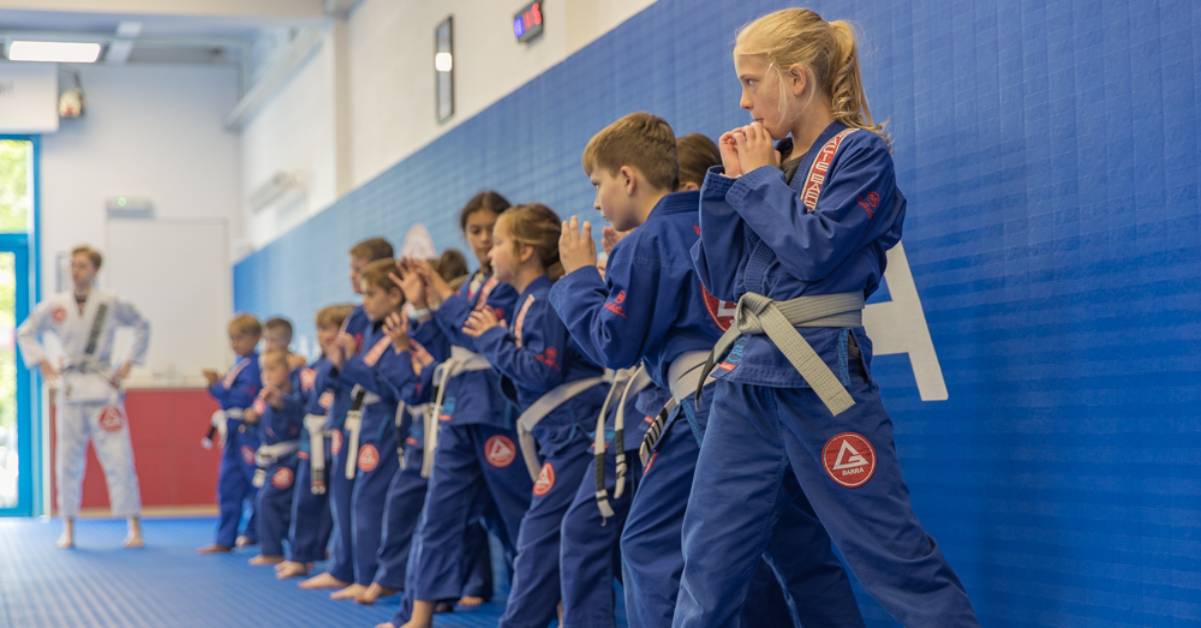 Techniques taught within BJJ focus not on striking, but on grappling and defending yourself, without the need to punch or kick someone.

“These are valuable skills that are needed, as the potential consequences for striking someone often outweigh the benefit. But we also practice the sport of BJJ, which is incredibly fun too.”

So in November I signed my son up for a free trial at the facility, which is impressive in itself, with its huge floor space and its striking blue and red interior.

I was able to sit in the bright and airy reception area and watch him enjoy his session. 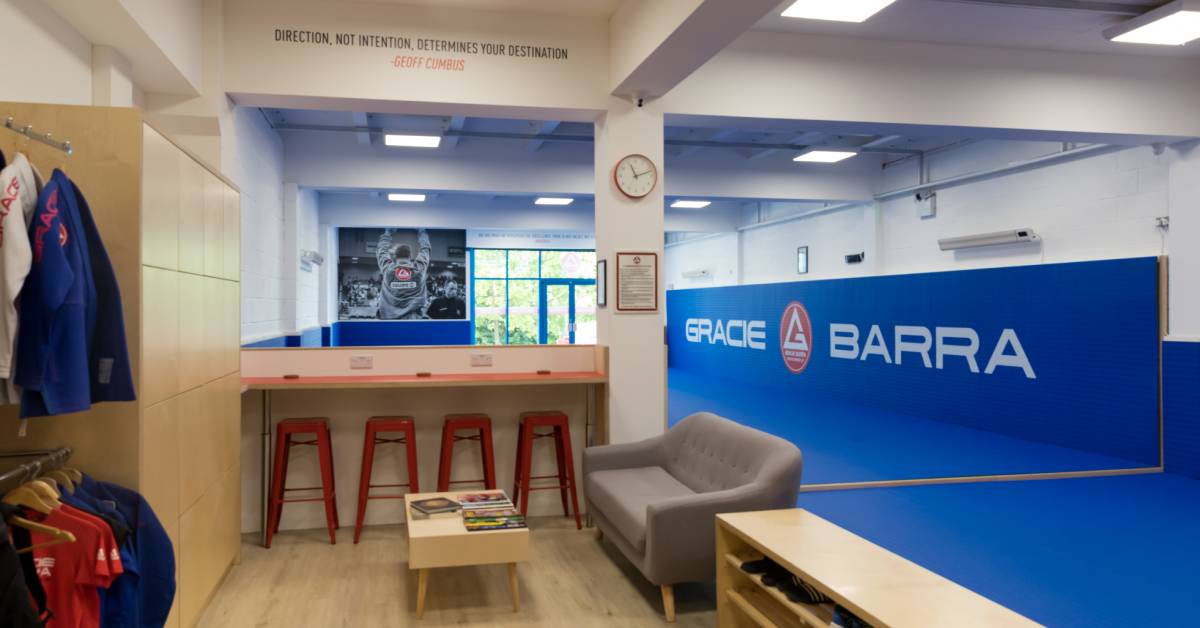 In just a few months his confidence has soared, he has made friends – and grappled with – lots of other children from across Harrogate and he has realised that hard work pays off.

I put this down to the quality of the coaching, which sees sessions delivered in a fun and relaxed manner, while also being incredibly thorough.

Recently he was awarded the first stripe on his belt, which gave him a huge sense of achievement.

“In BJJ there is a huge emphasis placed upon enjoying the process of practice as much as the end result.

“As such, ‘gradings’ and new belts are not as frequent, but recognition comes in the form of stripes at intervals between belts.

“This teaches children about patience, persistence and to not just get hung-up on collecting the shiny object at the end.”

Other parents have also sung the school’s praises.

Ryan Ellis has two children, aged eight and five, who started at Gracie Barra in June 2021.

“I chose Grace Barra Harrogate as I had a taster session there myself the previous year. I remember how welcoming and helpful everybody was and this prompted me to look into the kids’ classes.

“My children both enjoy being active and the class gives them plenty of opportunity for this.

“The classes contain a great variety of activities, from the animal warm-ups, to finishing with a game of dodgeball, there’s something for everyone.”

Ryan said he had noticed an improved sense of confidence in his children which had transferred into school life, particularly with his son.

“I like how the classes promote respect and resilience, both of which are important life skills for them growing up.

“I couldn’t recommend the classes enough. Lewis and the team are exceptional role models to both of my children and every child should give BJJ a go.” 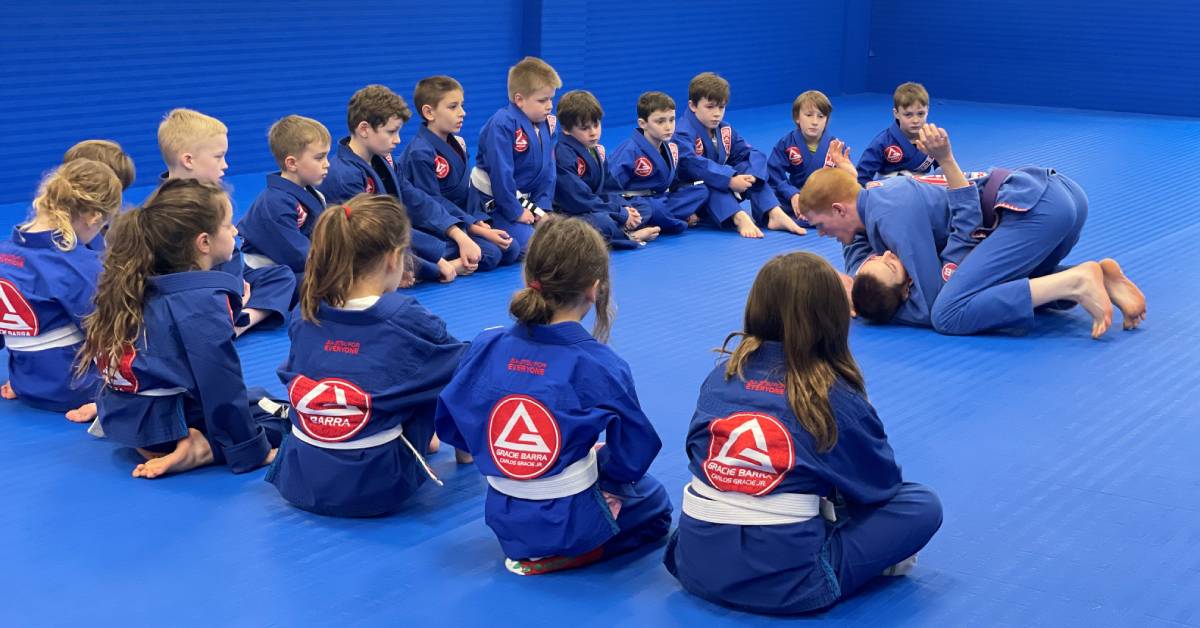 Gracie Barra Harrogate’s owner Lewis Matthews started teaching BJJ in 2017 as he wanted somewhere to train closer to home, with there being no real offering in Harrogate.

He started the kids’ classes after his American friend, and former business partner, Geoffrey Cumbus, a Jiu-Jitsu practitioner working at Menwith Hill, suggested offering a juniors programme. BJJ is extremely popular in the States.

“There was a doctor on the base who knew Geoff and his children had practiced BJJ back in the States. He kept asking Geoff if we would start a class for his four kids.

“His children started training on the edge of the mat in the adult classes and eventually we made the jump and launched a Saturday kids’ class.”

“I used to work in construction and I was working on a job at Betty’s and Taylors that I knew was going to come to an end.

“For me I had a lifestyle choice to make. I realised that if whatever new project I was working on took me away from Harrogate, I would have to almost close the club down.

“I came to a bit of a crossroads. I realised I could go all in on this, make it a full-time job and have a better work/life balance, which meant I could see my family and stay in Harrogate.”

So Lewis, who started training in BJJ in 2006, decided to go for it and spent the first national lockdown transforming what was formerly BigKat Fitness and Martial Arts into the now full-time Jiu-Jitsu academy at The Zone, Hornbeam Park. 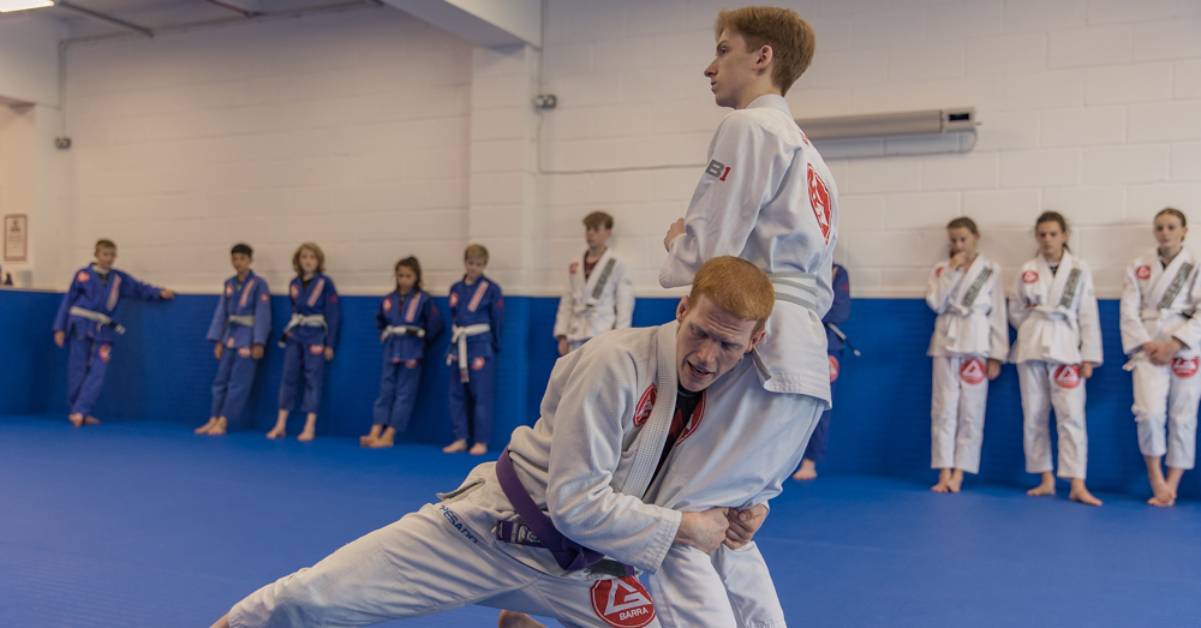 However, when the newly-refurbished school opened with a full children’s timetable, like many businesses, Lewis then had to navigate two more lockdowns and a string of constantly-changing Government restrictions.

“Fortunately we went from strength-to-strength.

“I remember being so nervous leaving my job, but I had faith in what me and the team were building.

“When I first started training Jiu-Jitsu in Harrogate, it was for my own benefit. Before that first kids’ class I wasn’t so sure about teaching children’s classes, or whether I would enjoy it.

“But now something I was initially nervous about doing, has become my most enjoyable part of coaching.

“You see the impact, how much they enjoy it and how much you can help develop a child that maybe doesn’t have much confidence, or isn’t very co-ordinated, or needs to improve their healthy habits. It’s really rewarding in that sense.”

Tiny Champs classes are for children aged four and five, Little Champs, ages six to nine, and Juniors and Teens is age 10 plus.

Kids classes run at Gracie Barra everyday apart from Friday and Sunday. You can view the full timetable here.

We use cookies on our website to give you the most relevant experience by remembering your preferences and repeat visits. By clicking “Accept All”, you consent to the use of ALL the cookies. However, you may visit "Cookie Settings" to provide a controlled consent.
Cookie SettingsAccept All
Manage consent

This website uses cookies to improve your experience while you navigate through the website. Out of these, the cookies that are categorized as necessary are stored on your browser as they are essential for the working of basic functionalities of the website. We also use third-party cookies that help us analyze and understand how you use this website. These cookies will be stored in your browser only with your consent. You also have the option to opt-out of these cookies. But opting out of some of these cookies may affect your browsing experience.
Necessary Always Enabled
Necessary cookies are absolutely essential for the website to function properly. These cookies ensure basic functionalities and security features of the website, anonymously.
Functional
Functional cookies help to perform certain functionalities like sharing the content of the website on social media platforms, collect feedbacks, and other third-party features.
Performance
Performance cookies are used to understand and analyze the key performance indexes of the website which helps in delivering a better user experience for the visitors.
Analytics
Analytical cookies are used to understand how visitors interact with the website. These cookies help provide information on metrics the number of visitors, bounce rate, traffic source, etc.
Advertisement
Advertisement cookies are used to provide visitors with relevant ads and marketing campaigns. These cookies track visitors across websites and collect information to provide customized ads.
Others
Other uncategorized cookies are those that are being analyzed and have not been classified into a category as yet.
SAVE & ACCEPT
Share This